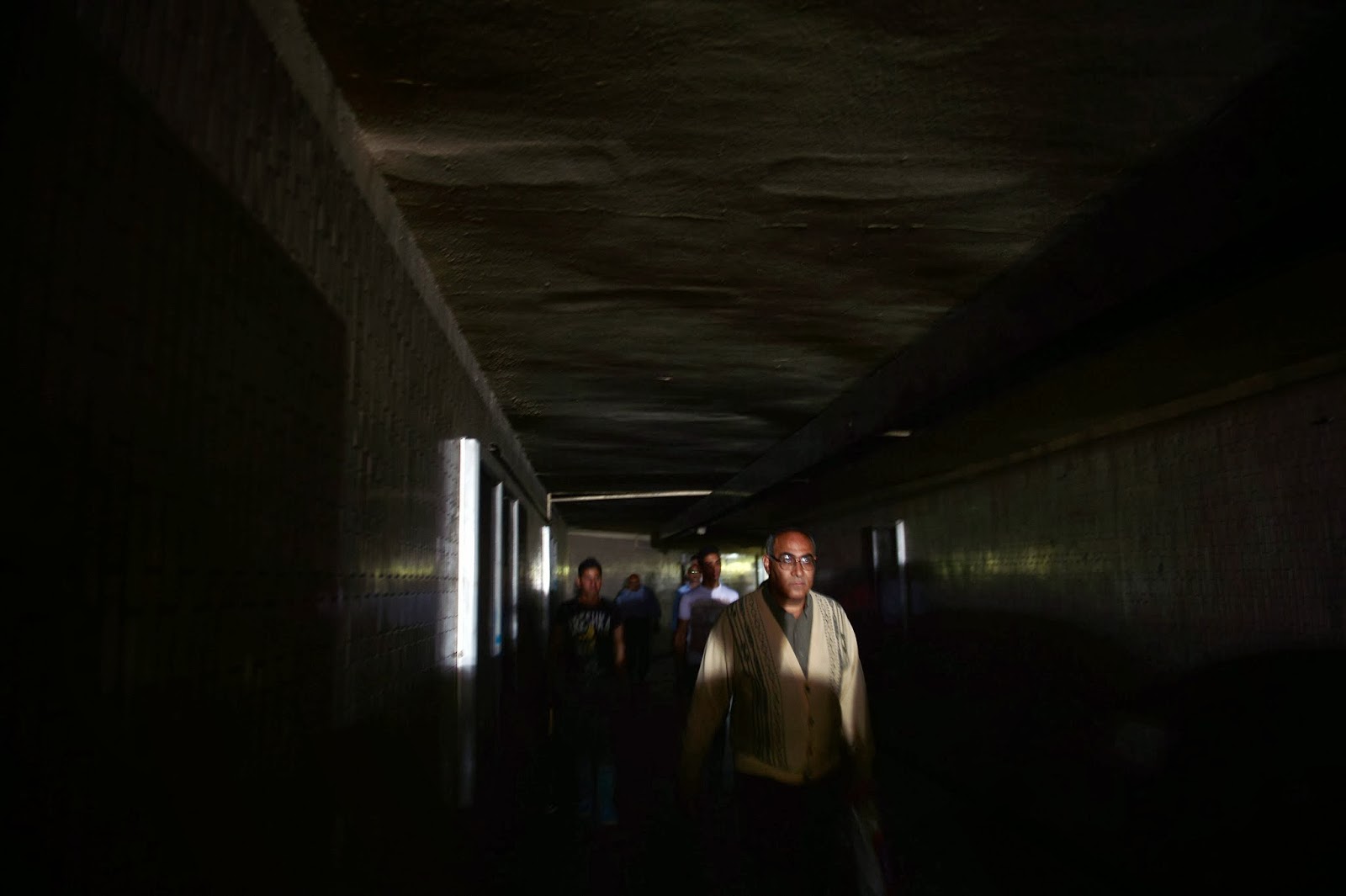 This week, Egypt sustained its rapid walk towards another dark summer. The Norwegian Company, that has been awarded the FSRU (Floating storage and regasification unit) project, has rejected the commercial terms of EGAS (The state owned gas company). EGAS executives are clueless, while we are only 100 days away from the summer and its peak loads.

How would that affect the power output of Egypt next summer?
Egypt consumed 4.95 billion cubic feet of gas daily in 2013 for domestic purposes, versus 5.31 billion cubic feet of production. The gas has been mostly consumed in firing the turbines of the power plants to generate power. 70% of Egypt’s generated power comes from gas fired power plants.
Egypt has several export obligations and commitments with oil and gas companies to liquefy our gas, to be transformed into LNG, and export it. The available gas for domestic consumption is insufficient for the power generation. Consequently, Egypt has to import gas to meet the domestic demand.
The petroleum ministry has forecasted that gas production will be 5.4 billion cubic feet (bcf) per day and consumption 5.57 bcf/day in the fiscal year that begins July 1.

Why can’t we import gas from any neighboring country?
Gas can be imported through pipelines from Israel or Jordan, or imported liquefied (LNG) from Qatar and re-gasify it here in Egypt. Egypt has only facilities to liquefy the gas, but not to re-gasify it. Egypt needs to install a floating terminal to import LNG, EGAS has issued a tender, but confusion over the terms and which state agency was responsible for the project led to the cancellation of several tenders to pick a floating terminal provider.

I have been following the political saga, and haven’t got much time to follow oil/gas news/. What’s the story of that tender?
The story dates back to November 2012 and March 2013, when Egypt failed twice to secure an FSRU provider. Citadel Capital, the private equity firm, faced major difficulties with Qatari investors to form a consortium with an FSRU provider.
Later in the summer, Egypt faced major shutdowns in the gas fired power plants due to the gas shortages, which was one of the major domestic issues that faced the toppled president Morsi.
In October 2013, EGAS opened the tender again and invited 17 companies to bid on the project, but the requested lead times to bring an FSRU on line and operational in Egypt have always limited the number of realistic bidders.
Only two FSRU providers were capable to meet EGAS tender qualifications for the targeted March/April 2014 start-up – US-based Excelerate Energy and Oslo-headquartered Hoegh LNG.

What happened? Why did they reject EGAS terms?
EGAS has destroyed its reputation among the business community during the past 3 years, the domestic demand has impacted UK portfolio seller BG Group and GDF SUEZ at the 7.2mtpa Idku plant and Spain’s Union Fenosa Gas at the 5.5mtpa Damietta plant.
Damietta LNG plant has stopped exporting since December 2012 and the Idku LNG plant operated a reduced loading schedule over the summer of 2013.
BG Group, which counts on Egypt for about one-fifth of its production, has bought six liquefied natural gas (LNG) cargoes from Italian utility Enel as it seeks to replace lost supplies from its Egyptian operations.

How can the Norwegian company ask for guarantees from a state owned company? What are their suggested terms?
The Norwegian company hasn't set any terms to continue the process, but the CEO of HLNG stated that the company’s concern is the lack of financial guarantees.
HLNG has received commitments from seven banks for $400m secured credit facility. The thriving company received letters of commitment from ABN Amro, Citibank, Crédit Agricole, Danske Bank, DNB, Nordea, and Swedbank for the credit facility to finance its third and fourth FSRUs being built at Hyundai Heavy Industries with 15 years for repayment.
Those banks that provide the credit facility and the debt facility may have concerns over the financial performance of EGAS and the situation in Egypt.
Egypt is still struggling in the repayment of $6Bn of debts to oil and gas companies, which kills any hope for Egypt’s project to be approved by the credit risk departments of the banks financing HLNG.
More to add, HLNG has reached its maximum lending limit with some banks like HSBC, a situation that most makes them very conservative in their financial decisions.

What are the alternatives? Can’t we award the project to any other company?
The major concern now is the timing, since we need to have the FSRU operational before the summer.
Other service providers who are available and capable of delivering the vessels before summer are Golar and Excelerate. Golar has just been awarded a $213M contract in Kuwait for Mina Al Ahmadi project, which will make their available vessels employed till 2019.
The American Excelerate has a 150,000 cbm vessel which is seasonally employed in Kuwait; the vessel which is called the Explorer is one of the available options for Egypt and can be approached.

It's highly doubtful that Excelerate would accept the same terms that HLNG rejected, the right way to approach Excelerate is through Citadel Capital, the leading investment company in Africa and the Middle East. The firm that controls investments of US$ 9.5 billion had finalized a $3.7 billion financing package for the Egyptian Refining Company (ERC) project, in which Qatar Petroleum International  is a key shareholder.

Citadel Capital founder, Ahmed Heikal, has recently praised the political leadership in Egypt in a recent interview in Youm7.
The firm showed investment appetite in energy sector through its press releases and specifically through its role in the the LNG terminal project that failed with Qinvest. Citadel Capital needs to lead the consortium again, and find a key shareholder and other individual investors willing to offer EGAS a financing package.
Posted by Unknown at 1:02 PM